What is Herd Immunity?

Herd immunity is a form of indirect protection from an infectious disease, providing a measure of protection to non-immunized individuals in a population, mainly as a result of a large fraction of the population being immune to a particular disease whether through vaccination or recovery from the infection.

If in a population where a large proportion of people are immune to an infection or disease, it disrupts the chain of transmission and either slows down the spread or stops it. If the degree or proportion of such immune individuals is higher, it means they would not spread the infection further, thus shielding the individuals who are non-immune or prone to such infections.

Some people might become immune through infection and recovery from a disease/infection (Natural), while some might get vaccinated to be immune from that disease (Artificial).

There are certain people in a population who can not become immune due to underlying medical conditions, such as immunodeficiency and immunosuppression and for them, herd immunity is a very crucial method of protection.

Whereas consider you step on a rusty nail, got infected and develop Tetanus. This is an example of an infectious but not contagious disease.

It should be noted that herd immunity only applies in the case of Contagious diseases. For the infections/diseases which are non-contagious herd immunity is not applicable.

Herd immunity and Elimination of a disease

When a large fraction of population becomes immune (or so-called herd immunity), the spread of a contagious infection is greatly affected causing reduction in infection and sometimes might even eradicate the disease if a certain threshold is reached worldwide. Nowadays, it is achieved via vaccination. Smallpox was eradicated as a result of mass vaccination in 1977.

Protection to individuals without immunity

There are some people who can not develop immunity even after infection, whereas some people can not get vaccinated due to underlying medical conditions like immunodeficient individuals. Immunodeficient individuals due HIV/AIDS, leukemia, bone marrow cancer, impaired spleen or other organs of immune system, chemotherapy or radiotherapy, has very low immunity and vaccines would not work for them.

Some vaccinated people might develop temporary immunity, meaning they develop immunity only for a shorter period of time. Some portion of the population might be at higher risk of an infection, they can still be protected if larger proportions of the population is immune. High levels of immunity in a particular age group or sex, provide herd immunity for other age or sex groups.

If a target sex group is more prone to a particular infection, say Males, then sometimes the opposite sex, in this case female is vaccinated which provides protection for both sexes. It is usually helpful in case of some Sexually Transmitted Diseases (STDs). However, this will not protect homosexual males.

Infants, too young to be vaccinated either due to safety reasons or passive immunity (immunity provided by their mothers) are protected to greater extent due to herd immunity. Passive immunity might render the vaccine ineffective.

Individuals who are immune to a particular disease, would not get infected or spread the disease. Moreover, they act as barriers for those who are at higher risk on developing the disease.

The threshold is a point at which disease reaches an endemic steady state. At this stage, the infection is neither growing nor declining exponentially. New infections shows decline and the infection ceases to exist.

A type of immunity transfer from one individual to another usually involving transfer of one’s antibodies to another. This is termed as passive immunity. This occur naturally or artificially. Passive immunity is immediate but it short-termed or temporary.

Immunity could be artificially transferred through plasma therapy. In this, the antibodies(immune person have antibodies in the plasma against a particular disease) developed in one individual is injected into another person.

Vaccination is a type of active immunity. Active immunity involves the production of antibodies against an antigen by the individual’s body itself.

Vaccination is a process of injecting an attenuated/weakened pathogen, associated proteins of an antigen in a person, and development of immunity against it as a result of production of antibodies against that antigen by the body. Production of antigen might take around 14-30 days after injection.

Vaccines are antigenic(activates immune system) in nature and generally does not result in disease. It is safe and widely effective.

Vaccination is regarded much safer than the infection. During an infection, if the infection/disease is fatal, individuals are at greater risk of dying from it. Vaccine has however, some side effects associated with it. Symptoms might include fever and other less life threatening consequences. It is the safest way of developing long term immunity.

The body can not differentiate between a vaccine and infection and induces active immunity in both cases. The immune response is same as that of natural infection.

Vaccine hesitancy also termed as anti-vaccination or anti-wax is refusal to vaccination. This might be due to various reasons such as mistrust on vaccine, concerns regarding vaccine safety, social norms, group thinking, peer pressure, religious reasons etc. It was regarded as one of the top 10 global health threats of 2019 by World Health Organization (WHO).

Even in case of Covid-19 some individuals think that their immune system is stronger as they are fit and young, so they neglect the guidelines issued by the government or health officials.

These problems results in the persistence of an infection/disease in the community and might bring the long gone or eradicated disease/infection to come back to life.

A.W. Hedrich recognized this phenomenon as naturally occurring in 1930s. He published a research paper on epidemiology of measles in Baltimore and noticed the decline of new infections in susceptible children temporarily when several children became immune to the infection.

The infectious agents like bacteria and viruses that were previously able to manifest a disease/infection can no longer infect their host as of result of immunity. This creates a huge pressure on them, resulting in new strains which evolve to be different than the former, so that it continues to infect its host. It results in the evolution of new strains.

This evolutionary pressure creates a path for already existing similar microbes or strains that were previously not able to infect host due to competition.

As more and more people are getting immune to a particular infection/disease, the chances of spread of the disease declines. If herd immunity is maintained in a population for efficient period of time, new infections declines to null. This also causes the infection cease to exist and gradually it is eradicated. Rinderpest and smallpox have been eradicated due to herd immunity.

What it means for Covid-19?

Covid-19 is still spreading throughout the world and there is a need for immunity against it. It is evident that some people are already immune and some have developed immunity against it after recovery from infection. A vaccine is very crucial at this time, scientists are pacing through time and working tirelessly to develop a vaccine for it.

Herd immunity if developed for Covid-19 will cause a decline in new cases and gradual decrease in overall numbers of infected individuals.

Relation between R0 and HIT

Basic reproduction number or R0 indicates the average number of people an infected person can infect who have not contracted the disease before. Greater the number of R0, more people need to be immune for the population to reach herd immunity. Thus, the higher the basic reproduction number, the higher will be the percentage of the population that need to be immune.

Some researchers suggested a Herd immunity threshold or HIT of more than 50% is required for the SARS-CoV-2 resistance to further spread.

While some researchers suggested otherwise. Researchers namely José Lourenço, Francesco Pinotti, Craig Thompson & Sunetra Gupta from the Department of Zoology, University of Oxford, U.K., suggested that the actual percentage might be even lower. However, it should be noted that this research article is a preprint uploaded on MedRxiv on 16th July and is yet to be peer-reviewed.

According to it, HIT may be greatly reduced if the fraction of the population is already immune due to innate immunity or cross-protection from exposure to seasonal Coronaviruses.

“The drop in HIT is proportional to the fraction of the population resistant only when that fraction is effectively segregated from the general population; however, when mixing is random, the drop in HIT is more precipitous. Significant reductions in expected mortality can also be observed in settings where a fraction of the population is resistant to infection. These results help to explain the large degree of regional variation observed in seroprevalence and cumulative deaths and suggest that sufficient herd-immunity may already be in place to substantially mitigate a potential second wave”- It stated 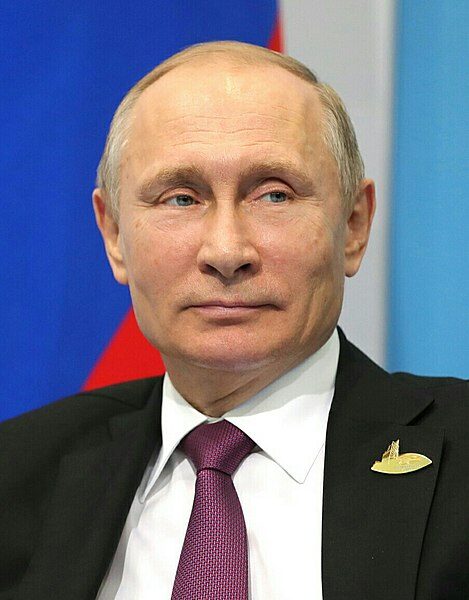 Key Points Russian President Vladimir Putin on 11th August announced the registration of World’s first Covid-19 vaccine, as claimed by Russia. Clinical trials are yet to be completed, despite the fact that the vaccine is already registered. Phase III clinical trials will begin on Wednesday. Putin stated one of his daughters had been vaccinated with it. This vaccine candidate by… 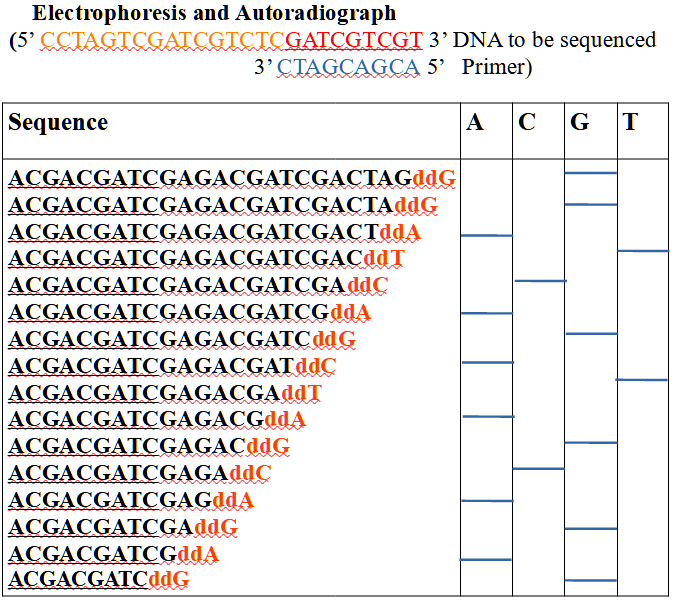 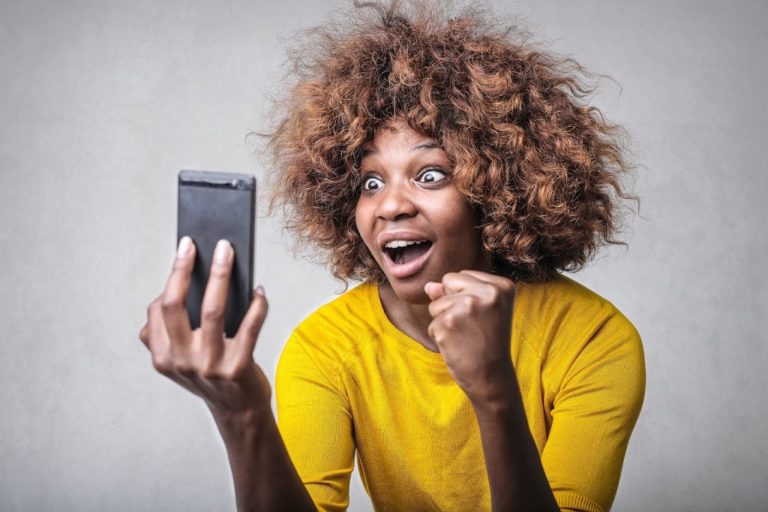 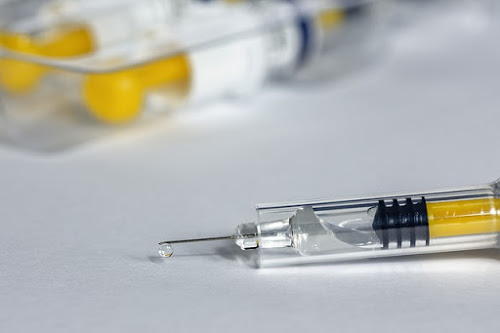 The covid-19 crisis is still going on throughout the world. It has affected over 11 Million people and leaving 527,835 people globally dead as per WHO reports on 5th July 2020. Amid Covid-19 crisis researchers have been working tirelessly for Covid-19 vaccine production. There are more than 200 candidates and only 15 have entered clinical trials globally. In India, there are two…