Locusts belong to a species of grasshoppers that belongs to the family Acrididae. This is a broad category consisting of various species of the Acrididae family. They are well known for their swarming habit. These species are usually solitary but change their behaviour to gregarious and nomadic.

These were the first swarms reported in mid to late May 2020 in India since 1997. These swarms were sighted along the India-Pakistan border on April 11, months ahead of the usual time of arrival. Over a few days, these swarms have been reported to various states of India like Rajasthan, Madhya Pradesh, Vidharbha region of Maharashtra, Gujarat, parts of Uttar Pradesh, Haryana and Punjab. Locusts insects have now damaged crops in these five states, with the Centre issuing a warning to 12 states. It’s the worst outbreak in 25 years and seven decades in Ethiopia and Kenya respectively.

They can travel up to 150 km per day with a speed of around 16-19 km/hr. In 1954, a swarm flew from northwest Africa to Great Britain, while in 1988, other swarms travelled from West Africa to the Caribbean, a distance of more than 3,100 miles in just 10 days. However, these locusts can spread out across around 60 countries and can cover a fifth of Earth’s land surface.

With the onset of monsoon and change in wind direction, locusts invasion proceeds from East Africa towards India from Saudi Arabia, crossing the Red Sea over to Iran and Pakistan, devouring major crops as they pass by, and causing severe damage to crops.

The gregarious behaviour is a result of an increase in number, meaning they reproduce in large numbers. It usually begins on the onset of rainfall, as in the case of desert locusts(Schistocerca gregaria), it needs moist soil to lay its eggs. If there is heavy rainfall, these locusts reproduce/multiplies in large numbers.

The crowding result in the increased tactile stimulation of the hind legs. They have receptors all over the body but the receptors responsible for their sudden change in behaviour(gregarious and nomadic) are present on their hind legs. This stimulation causes an increase in levels of serotonin, further causing these locusts to change colour(Yellow and black), eat much more(increased appetite) and reproduce more(increased mutual attraction). The transformation is induced by several contacts per minute and might occur within a four hours period. This ongoing cycle causes a series of events, further increasing their numbers rapidly. This rapid increase in number forms crowds of locusts, and what we usually refer to as swarms.

When the population becomes denser, they form a band of wingless nymphs which develops swarms of winged adults. These bands and swarms move together over long distances, destroying vegetation along they travel. The most popular ones are desert locust (Schistocerca gregaria), migratory locust (Locusta migratoria) and Australian plague locust (Chortoicetes terminifera)etc.

The initial bands of these gregarious locusts are known as “outbreaks”, while the process of formation of larger groups is known as an “upsurge”. The emergence of upsurges in a particular area from entirely separate breeding locations is known as “plagues”. During outbreaks and the initial stages of upsurges, only a fraction of the locust population becomes gregarious. As the cycle proceeds, the insects become more cohesive and their bands become concentrated in a particular area.

Cause of early arrival in India

Cyclonic storms like Mekunu and Luban in Oman and Yemen respectively in 2018 and rains, turned the deserted areas into greenery and with new water sources, a perfect breeding ground for these insects, causing them to breed rapidly which continued throughout the last year. This accelerated the increase in reproduction, and thus a massive increase in their numbers forming swarms. These swarms reached peak populations in November in East Africa and moved to southern Iran and Pakistan since the beginning of 2020. With continued heavy rains in East Africa in March-April, further causing a phenomenal increase in their numbers.

The Desert locust (Schistocerca gregaria) is found in mainly 65 of the world’s poorest countries and generally lives a solitary lifestyle in the deserts between West Africa and India. Solitary forms travel at night while the gregarious forms move at even daytime. These swarm of locusts usually rest at night.

It breeds after periods of rainfall, as it needs moist soil to lay its eggs. But when rains are especially heavy, the population can grow rapidly, resulting in vast swarms. Each locust can eat up to its full bodyweight of vegetation each day. To put it into perspective, a swarm the size of India can eat the same or even more amount of food in one day as half the human population of India. Sometimes, these plagues are so big they devour on leaves, branches of a tree and might cause trees to fall down.

They have formed various plagues throughout history. These are mentioned in the Bhagavad Gita, the Iliad, the Bible and Ancient Egyptians carved locusts on tombs in the period 2470 to 2220 BC. Aristotle studied the locusts and their breeding habits and Livy recorded a plague in Capua in 203 BC. Locusts are edible insects. Locusts are considered a delicacy and eaten in many African, Middle Eastern, and Asian countries. In Islamic jurisprudence, eating locusts is considered halal. The Islamic prophet, Muhammad, was however reported to have eaten locusts during a military raid with his companions.

In India, the LWO(Locust Warning Organisation) has carried out spraying over 21,675 hectares in Rajasthan till now. India has also put an order of 60 specialized insecticide sprayers with the UK.

Gurjar said the country already has 50 such machines. “Also, drones will be used to spray the resting places,” he said.

The government is using drones to track the locust swarms movements. The other things used to contain the attack are Satellite-derived tools, Special fire-tenders and chemical Sprayers like organophosphate chemicals at pre-identified border locations. ‘Chlorpyrifos’ is an example of such organophosphate pesticides.

Dr Prakash said that about 200 teams were involved in daily surveillance of affected areas and farmers are being supplied with high-intensity insecticide-free of cost. 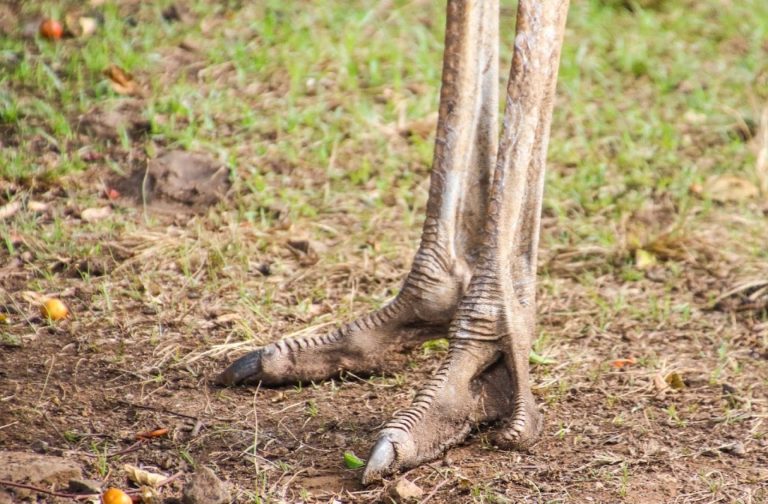 What comes to your mind when you hear ostrich people? Well! they don’t look like an ostrich. They are called so by some people as their feet appear, somewhat like- an ostrich feet. These are vaDoma people also known as Bantwana tribe (Bantwana means “descendants”) Doma or dema who live generally in Sipolilo and Urungwe districts of the Kanyemba region in Northern…